Another surprise photo was a picture of the HiPass  General Store that my parents bought in 1952.   It's not the greatest photo, but you can get the idea.  I'm not sure exactly when they bought it, but I remember as soon as school was out we moved up there that year.  The store included a Post Office - my Dad became Postmaster; a library branch, a gas pump, and living quarters.  It also came with cabins - can't remember whether there were 6 or 8 of them.  At various times we lived in two different ones that were larger than the living quarters.

There was also an old feed store building to the left of this picture.  I vaguely think we may have sold some feed and hay, but I'm not sure.  This was close to the end of HiPass' life span - not sure when it was removed from the map.  In the early 20th century, it was a popular get away for people from El Centro where it was extremely hot.  With the advent of Air Conditioning in the late 1940's and early 1950's it became economically unfeasable.   It was a fun place to live though.  I loved the horned toads and even the lizards.  I remember coming upon an at least a 4ft long Rattlesnake sunning itself on a wood pile next to the feed store.  That scared me.  I walked away and went to my Mother who told me to go to my Dad.  He was working on the pump up the road and I ran.  I remember my legs quivering after that adrenaline run.  Think the snake crawled under the building - he was gone by the time my Dad got there.

There were lots of life lessons for me to learn in this location.  Our school house was a one room school - one classroom at least - with 11 students.  Our teacher was a widow who had been forced to retire from LaMesa Spring Valley district because of her age.  I think she was 65 yrs.  I liked her a lot.  I was the only student in 4th grade.

We had tenants in some of our cabins.  I remember one woman who I seem to remember helping to teach me to sew.  She was older, on assistance or Social Security, and an alcoholic.   The man I remember was also those three things.  It was my first exposure to Alcoholism.

There was an Indian Reservation fairly close to our town and we had one Indian boy in my school.  Think he was in 7th or 8th grade.  I remember my mother trying to encourage him to stay in school and think she even attempted to get him an interview with the artist Donal Hord, because he was an excellent artist.

The Indians often tried to buy Alcohol.  It was against the law at that time, and there were quite a few car accidents and sometimes they would be under the influence when they came in the store.

My parents put the property back on the market the next year.  I returned to Bostonia Elementary for 5th Grade.  My Dad had to commute for several months, before the property sold.  Mom and I returned to our home on Hwy 80.  We had rented it out.  I remember some of Mom's things that were stored there walked off with the tenants.  At least they didn't trash the place.

Posted by Gerryruth at 11:15 PM No comments: 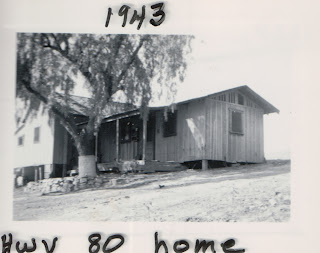 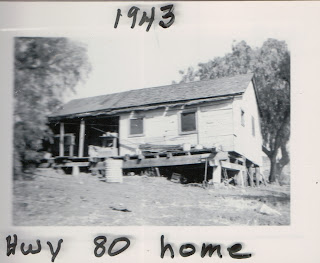 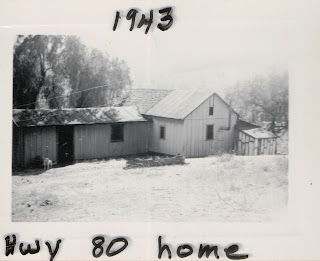 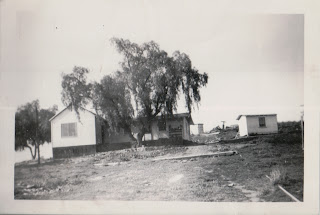 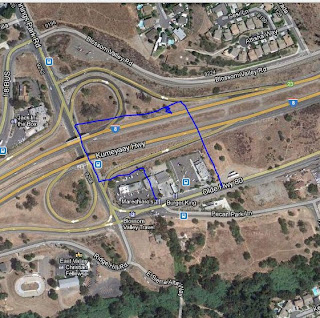 Found another picture of a home I lived in, but that will be for another day.
Posted by Gerryruth at 12:08 AM No comments: