I’ve decided to join Amy Johnson Crow’s 2019 challenge: 52 Ancestors in 52 Weeks.  I haven’t been successful in following through in the past, but some stories are better than none!  I hope you find these interesting, and if you think we might be related let me know, and if you are related and/or have more information for me, I would certainly appreciate it.

I'd like to meet my Father's Maternal Grandmother, Amanda Newton Tadlock Haggard.  She undoubtedly had a difficult life and I'd love to know more about her and her families. 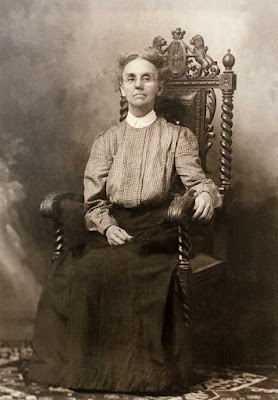 Some families on Ancestry add the middle name Catherine, but I don't think I have seen a record with that name on it. Amanda was born in 1844 in Indiana which raises my first set of questions - What was the family or at least her mother, doing in Indiana.  In the 1850 Census, Amanda is the third child of four with the first two and the youngest all born in Kentucky. What was your family life like?  Was your family Confederate sympathizers?  Did you know Carter Tadlock before the War?

The second set of questions are: "What was the Civil War like for you?  How did you meet your Husband? Why did you decide to move to Texas after the War?  Was it difficult for Grandpa as a Confederate soldier to live in Kentucky?  I understand you lost two daughters to Yellow Fever on the way to Texas.  Were their names Jennetta and Angeline?    Family Stories say that Grandpa Carter didn't fully recover from his war injuries and suffered horrible headaches.  Was he able to work and support the family fairly well?  Did he have what we call Post Traumatic Stress Disorder - Nightmares, Panic attacks, reliving battles while awake?    Is he buried in the Kyle, Texas? Did he have a headstone?

How did you survive as a Widow with 6 children ages 1 to 16 after Carter died at age 48?  The boys were only 11 and 6 when he died, probably not old enough to take over the farm. When and Where did you marry Troy Haggard?  Did you Divorce or just go your separate ways?

So many questions and so little chance of finding the answers.  Amanda must have been a strong woman who survived because she had to.  The Civil War, a damaged husband, Birthing 8 children and losing two as toddlers, the death of her husband after 18 years leaving her with 6 children, the death of her oldest daughter as a twenty-nine-year-old young Mother, and the death of another daughter at age 36 who was a mother of six children.  Another Marriage and then separation (divorce?)  I would love to be able to sit down and interview her - get to know her. 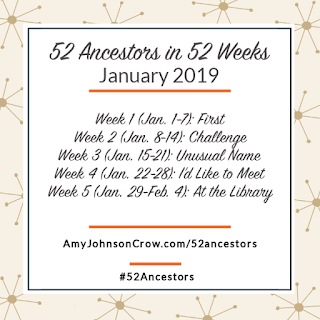 Posted by Gerryruth at 9:17 PM