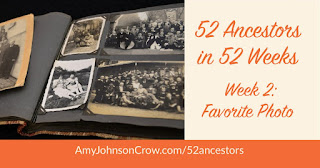 I’m guessing that this week’s challenge is difficult for many of us because we have several photos that mean a lot to us. Therefore, I am selecting several to tell you a little about them and how I came to have them.


Photo #2 is a photo of Ruth's Maternal Grandmother, Dillie McDonald Strunk (1858 - 1901).   This picture (hard copy) was sent to me by another Strunk-Weddle descendant cousin. She died fairly young, probably having 13 children had something to do with it.  I had her husband's photo but had never seen hers before.  I was so thrilled to receive it.

Photos # 3 and #4 are both of my Brother, John Franklin (Nee Freeman) Patterson.  We had different Fathers and were 13 years apart in age, but I grew up with him so we were close and I miss him. I found the Proof photo in my Mother's belongings.  The other photo was taken at my Wedding. 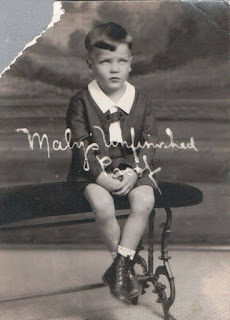 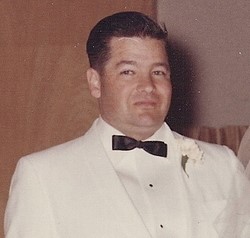 Well, there are many other photos that mean a lot to me, but I'm still behind in this challenge and life is interfering (time to get ready to see my trainer - have to stay healthy) so I will end this here.

Posted by Gerryruth at 7:37 AM