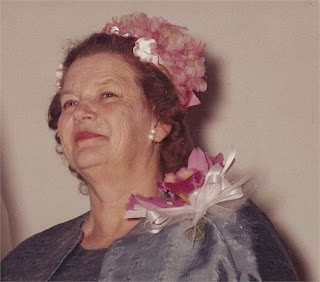 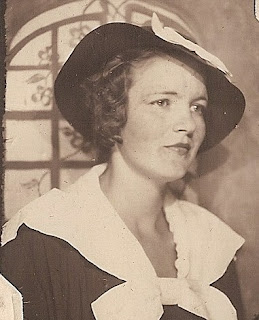 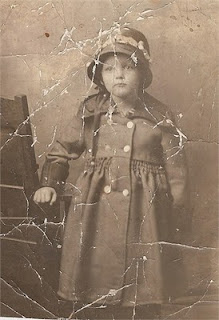 Ruth Lucille Weddle was born in Pine Knot Kentucky to Dr. Herbert Cain Weddle and his wife, Verda Mae Strunk Weddle. Her father died in 1926, which caused health problems for Verda and Ruth and her sisters were separated, at least for awhile.She married (or not - I don't know) and had my brother, John Franklin Freeman. John was later de facto adopted by my father Melvin Davis Patterson after their marriage in the 1930's. They lived in Oahu, Hawaii from 1933 to 1937. They then came to San Diego County, California, where they lived for the rest of their lives. Ruth had some nurses training, and she and her mother moved to Cincinnati where Ruth worked in a hospital. In San Diego she occasionally worked as a Practical Nurse. Ruth liked to write and wrote a local newspaper column for awhile. She then joined The National League of American Pen Women. In January, 1962, Ruth was diagnosed with Uterine Cancer. After surgery and radiation, she was cancer free for two years before it recurred. She lost her battle in July 1965 just before her 53rd birthday. She was survived by her husband, son, daughter, Geraldine Ruth Patterson Humes, her sisters, Libby Weddle Bedford, Dillie Weddle Sanders, Eleanor Jeffers Arthur and brother, Ray Cecil Jeffers.
Posted by Gerryruth at 1:39 PM